Fashion Revolution Berlin 2018 - How you can act

Fashion Revolution Berlin 2018 – How you can act 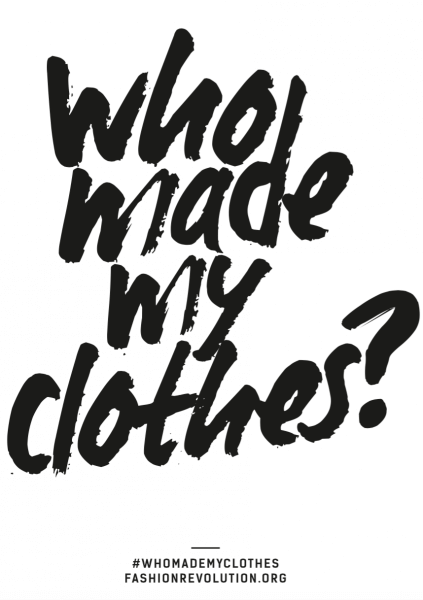 The Fashion Revolution movement was born following the disaster of Rana Plaza that shocked the fashion industry in 2013. This factory, home to several manufacturers workplaces, working for major fashion brands, such as H & M, Hugo Boss, Mango, Benetton or Camaieu, collapsed shortly after the start of the day, killing 1135 employees. The factory was located in Bangladesh, one of the first subcontracting countries for the fashion industry, and also one of the poorest in the world, also conveniently, one of the most lagging in terms of labor law.

Fashion Revolution commemorates this tragedy every year and carries out various actions to awaken the consciences of the consumers, and thus push the big fashion brands to act for more transparency on their production line, on the conditions in which the employees work and on the impact of this chain on the environment.

If things are moving forward, if in 2017, more than 2 million people, 2416 brands and 3600 manufacturers participated in the awareness campaign, the fast fashion runs always faster, produces more and more, so much that the consumers themselves are exceeded and do not have enough time, arms and legs to wear all those cheap clothes, often ugly and uncomfortable to wear.

That is why in 2018 the movement continues, to reinforce the awareness and push the actors of the fashion industry to engage the drastic changes which are necessary. From 23 to 29 April, 90 countries take part in the campaign and Fashion Revolution Deutschland is mobilized throughout the country. In Berlin, a giant flash mob will be launched in the form of a fashion show, at Alexanderplatz, an emblematic place in the city for mass shopping. Dress Me Guide Me participates and invites you to do the same. Alone, with friends and in a good mood, just join the ranks of the Fashion Revolution campaign and bring your energy to this movement that can make the difference.

nb: Journalists and photographers, as always your participation is more than welcome, but also simply your presence to give credibility to the fashion show. We need an over-playful audience!