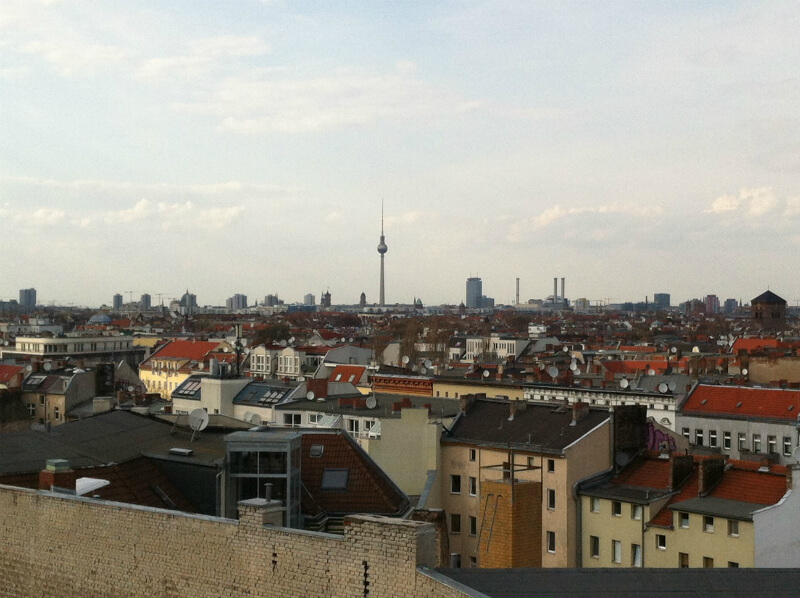 A guide to Neukölln, this lively area located south east of Berlin. Its borders follow the Landwehrkanal from Kottbusser Damm to the north, down to Treptower Park until beyond the Ring to flirt with Britz. Then it goes west to old airport Tempelhof fences, and then north again, up to Ubahn Südstern and Hermannplatz. It’s traditionally a bohemian Kiez, where all kind of creatives from Germany or from all over the world, mixed themselves in a melting pot which is still extremely vivid and still survived the gentrification. It’s a work in progress though, as the rents all over Berlin are increasing, the phenomenon also reached the northern part of Neukölln and you can totally see the difference of population and atmosphere between the North, around the canal, and the South, along the Ring.

Even though there’s actually many things to see in Neukölln, for people who have a little bit time and curiosity, it’s not considered as a “touristic area” in Berlin, at least not in the commun sense. That’s because it’s a little bit far from the center, which in Berlin, means something! Also because there’s not really famous monuments and Neukölln has usually very few dedicated pages in touristic books. But that’s actually good, because that’s prevent us from all the annoying sides of mass tourism, such as cold lounge spaces,  higher prices and generic shops selling all the same sh*t. Neukölln is loved for its green and relaxing streets, its cosmopolite soul, full of nice little shops and welcoming bars.

A Guide to Neukölln: what to see?

Like every Kiez in Berlin, Neukölln has its “lively spots” and between those, we can find ourselves pretty lost and have the feeling that we’re missing it. A guide to Neukölln will help you to spot those spots through and then to navigate between them by bike.

Dorf means “village” in German and Rixdorf is the historical center of the area. It has been included to Berlin in 1912 and was named Neukölln in 1920. With few bombs over the WWII and a long sleep under the american occupation the Richardstrasse kept its historical charm, something rare in Berlin. You must cross the busy and noisy Karl-Marx Strasse to appreciate even more the calm of this bucolic street. Enjoy yourself with a pizza or some Deutsche Küche in the lovely Biergarten of the Villa Rixdorf. Over Christmas, don’t miss the Weinachtmarkt on the Richardstrasse, one of the most genuine Christmas market in Berlin.

If you wish to know more about the history of Neukölln, you should absolutely pay a visit to the Neukölln Museum.

Tempelhof Airport, from the Neukölln side

Of course, it’s way much nicer in summer but still, the former airport Tempelhof totally worth a visit over winter. Technically it’s not a part of Neukölln, but of the Tempelhof district itself but there’s more chances that you get access to it from Neukölln, Schönefeld or Kreuzberg than that far south. Besides, the opening of the old airport as a public parc in 2008 has played a huge role in the upgrading of this area which had a pretty bad reputation before.

If you leave the park on the East side, through the Herrfurthstrasse, you’ll reach a new lovely area around the Herrfurthplatz.  Eat a vegan ice cream at Mos Eisley, eat Italian at La Pecora Nera or some persian tapas at Cafe Caramina. Drop by at Veist, a 2nd hand shop for women. They also have a shop for men a bit further in the street. If you come back toward Hermannstrasse, stop by at Ban Ban Imbiss, for a Korean Burger you won’t forget about (Hermannstrasse 205) or at Twinpigs for a good cocktails bar in Neukölln.

If you’re interested in the role that Tempelhof played in WWII, the Airport organises valuable tours in the Tempelhof buildings in English.

If you look up around you, you’ll easily spot the high clock of the Neukölln City hall, located next to the Ubahn Station Rathaus Neukölln. It’s the busy shopping area, but not really interesting because it’s mainly some fast fashion brands. The only necessary stop in the mall Neukölln Arkaden: the Klunkerkranich, a cultural center and a rooftop bar from where you have a glorious view on Neukölln.

But if you walk toward the canal, through the Wildenbruchstrasse or the Elbestrasse, you’ll join the more vivid part of Neukölln, especially at night, around the Pannierstrasse and Weserstrasse. Stop by Shio or Wesen for a glimpse on Berliner designers, at Unikat, Oh Mini I am the Mag’ass or RepeateR for some good vintage and 2nd Hand.

If you’re looking for some ethical fashion shops and if you also want to discover Neukölln, then you should get in touch with the team of Green Fashion Tour in Berlin, who will show you a specific side of the area.

Up to the water, Neukölln and the canal

Go up to the end of the Pannierstrasse to join the canal that you can follow on your left, along Maybachufer. Over summer and every 3rd or 2nd Sundays of the month, you’ll find the Nowkölln Flowmarkt. The most popular market in Neukölln, so be prepared to take your time among the stands. Luckily, you’ll find many opportunity to eat good and fresh street food, while listening good music. A little bit further up, it’s the turkish market, every Tuesdays and Fridays for food, and every Saturday for hand-crafted products, fabrics and many kinds of cheap goods.

You’ll also find nice shops in the streets around, such as Pfeifer Kaufladen in Friedelstrasse, Singblack Bird in Sanderstrasse or Covera Vargas in Pflügerstrasse. If it’s summer, you must take patience and take the line for an ice cream at Fraulein Frost, one of the best ice cream shop in Berlin. If it’s winter, then go to Katies Blue Cat for some fantastic english and american pastries. When you finally reach Kottbusser Damm, go for a deserved drink at Fuchsbau or at the legendary Ankerklause.

Between the beautiful church at Südstern and the busy Hermannplatz, lays the Hasenheide Park, literally the hares moor, where Prussian princes used to hunt this animal there. It’s a 50 hectare park, with a barbecue area, a huge Spielplatz for kid, an open air movie theater and also… any kind of drugs. There’s also a very old school little bar in the middle and a fairground festival once a year.

Körnerpark, a glimpse of Versailles in South Neukölln

At the opposite side and style of Hasenheide, you’ll find the small and formal Körnerpark, named after the owners, a rich family who lived there at beginning of the XX° century. Organized as a square, with a fountain in the middle and an orangery on 1 side, it has a look of Versailles, where it’s very nice to have a breakfast, at the Zitronencafe. There’s an active program over summer, with live bands and open ai movies theater.